Divided We Fall
Chapters 16 - 20
Please use this thread to discuss the above referenced chapters.
Top

So liberal acceptance of LGBT is not actually tolerance. But how far should tolerance of those outside of your group go?

I'm reminded of a local racial incident several decades ago - something about cops killing an unarmed black man that spurred minor riots (about $250K in damage) that made the national news. At the time we had a local bulletin board kind of like this one that became absolutely flooded with horrific insults and taunts mostly from Southern racists - and not the casual ones - these were KKK and Nazis, the type of folks who currently wear shirts with the acronym "6MWE". We insulted and taunted back, but their favorite reply was "WHERE IS YOUR TOLERANCE?"

Should tolerance extend to those who fight to enact a dictatorship and fire up gas chambers to kill opponents en masse? I don't think so, but many civil libertarians defend that "free speech." Supposedly the solution is more free speech, not suppression of movements towards genocide. I kind of get it, but it's a very strange situation where you are not allowed to yell the proverbial "Fire!" in a theater, but are allowed to advocate incinerating millions.
Top

The attached photo is from our front yard. French says this is not a sign of tolerance on our part and in the way he defines it above, I s'pose I have to agree. However it is very disturbing to discover that conservatives view these lists of values not just as "fake tolerance" as French suggests, but as active messages of intolerance.

Check the following article by Kevin Williamson, former colleague of David French, a non-Trump conservative who is well respected, i.e. not a QAnon looney. He doesn't condemn conservative yard and truck signs that include "Let's Go Brandon" or even the non-euphemistic version "F* Joe Biden." Oh no, evidently those messages are OK, but the "scads and oodles of those prim, imbecilic 'In This House' signs" are a major problem. In this matter, Williamson appears to be a hair-triggered snowflake. (I also think he got the bona fides statement backwards.)

If conservatives are this hyper-sensitive, it makes me skeptical that any rediscovery or broadening of tolerance is possible. I wonder if French expects increased tolerance to come only from the left; based on right wing messaging and the article below, I can't imagine any expansion on the right.


Signs of the Times
The truth about those yard signs advertising diversity and open-mindedness is that all of them really mean the opposite: ‘No Trespassing.’

...The less real diversity there is in the neighborhood, the more the local progressives feel compelled to advertise their bona fides to one another.

...The people with the “No Human Is Illegal” signs live in a gated community, even if the gates are invisible and the borders are enforced by mortgage bankers rather than by actual patrolmen. But there is a silver lining to this dark cloud. America doesn't need very much tolerance to survive and thrive. While we can hope and wish for fellowship, America wasn't built to need fellowship, or even affection, to maintain its national unity and its immense national strength. It requires just enough tolerance and affection to permit other individuals to enjoy their most basic liberties and - critically - to permit other communities to (mostly) govern themselves. You don't even have to give up the dream of persuading all your opponents to abandon their ideas and philosophies. You merely have to give up the idea of coercing your opponents into holding (or at least living according to) "the same opinions, the same passions, and the same interests" that you deem just.

Just enough. Well perhaps there is hope we can do just enough.
Top
Post Reply
4 posts • Page 1 of 1

Return to “Divided We Fall - by David French” 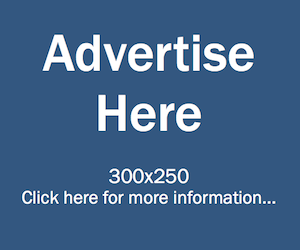